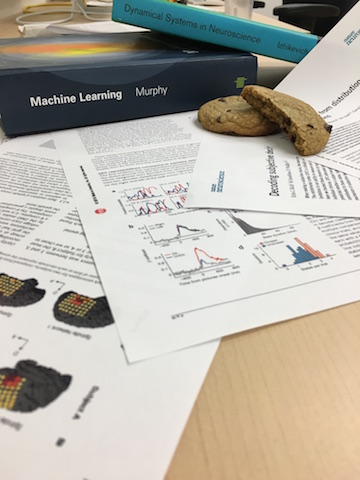 As the tools in experiments neuroscience are rapidly developing, this is an important time to consider the broad trends and aims of the computational/theoretical works that are born alongside them. Our aim is to present and discuss papers that reflect these modern directions so that we may better understand how our own work fits into a global neuroscience picture. Some themes and topics that we hope to cover are:

You can pick or suggest papers to be discussed.